Basic Attention Token Indonesia community (@BAT_Indonesia) held their 5th meetup, #BATCafe 5.0, on Monday, 14th 2018. This meetup took place in Starbucks, Lagoon Avenue Mall, Bekasi. I’m a bit late arrived at the venue, around 06.10 PM, due to traffic. But at least I’m not really late and got my the special BAT swag. 😀 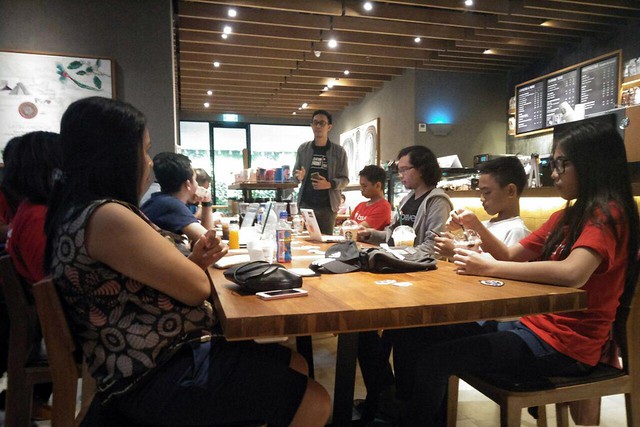 This meetup is led by Jemmy Novy, one of BAT Indonesia fellow that gave BAT project update and latest information. One of the latest information is about Brave new office in London and about BAT that been nominated for Best Project at the upcoming Crypto Influencer Awards.

Other information is about Brave/BAT meetup in Singapore and Korea. Two BAT Indonesia fellows, Viking and Jemmy flew from Jakarta to Singapore to attend the meetup Singapore. There’s also a video about introduction to Basic Attention Token from the meetup in Korea.

And after that, I have a chance to told the attendees about Brave/BAT weekly merch giveaway before Viking add additional introduction about Basic Attention Token. 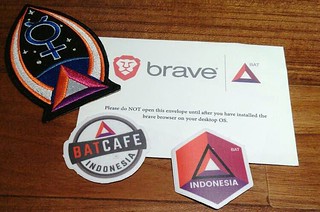 This meetup became more special because of special gift from last Brave/BAT meetup in Singapore with Brendan Eich. Viking and Jemmy brought some special envelopes from Singapore meetup that distributed to each attendees in this #BATCafe meetup.

Each envelope contain free BAT that can be recovered to user’s Brave wallet and can be used to support publishers site and content creators through Brave Payments. Finan Akbar demonstrated how to recover this free BAT and some of attendees also successfully recover the free BAT, including me. Thanks Brave and Basic Attention Token for this little happiness! <3 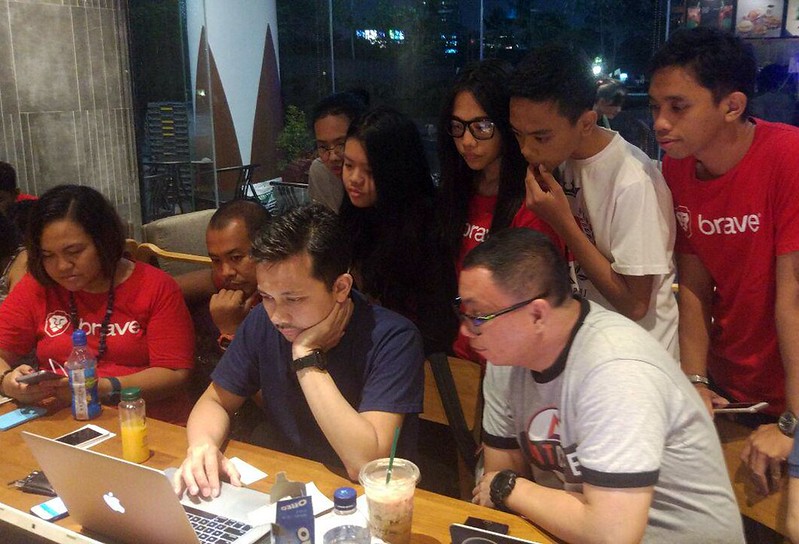 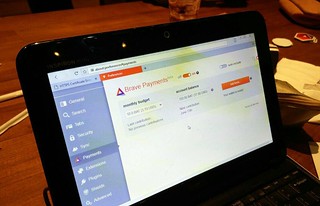 And if you interested to learn more about Basic Attention Token, feel free to join me in the next #BATCafe 6.0. Follow @BAT_Indonesia on Twitter and join the Meetup.com group for the latest information about the meetup.

Oh hello, it’s me again! 😀 It’s been a while since my last post in this blog. So, here’s another post about Brave Squad Indonesia (best known as @IndoBrave) monthly meetup that held few days ago.

This meetup’s held at Starbucks, Lagoon Avenue Mall on Monday, April 30th 2018. The attendees start to arrive from 6 PM and the meetup is “officially” started around 7 PM after waiting for all attendees.

After we ordered our coffee, Viking KARWUR opened this meetup and then I had a chance to gave the latest information about Brave Browser.

One of the latest information is about the new partnership with Dow Jones Media Group. In short, Brave and Dow Jones Media Group will offer premium content to new Brave users and to test blockchain-based payment technology.usage in digital publishing. You can read more about it here.

Another partnership announcement is Brave partners with 2 YouTubers, Philip DeFranco and Bart Baker. With this partnership, they will help Brave to spread a word about Brave to their viewers and other influential creators.

Upcoming Brave Ads: Get Paid to Browse with Brave

This one is my favorite updates from Brave. It’s confirmed that Brave users will get some revenue share if they opt-in to see ads in Brave. Basically, Brave will always block ads and trackers by default, and it requires users to opt-in to the ads system in order to receive those shares. Those ads will be private since users data will always on users device.

And then Brave users can use the received shares (in BAT) in exchange for premium content or to support publishers and creators using the current Brave Payments system. CNET had the full story here.

See You in the Next Monthly Meetup

If you wondering about Brave browsers and want to know more about it, feel free to join me in the next Brave Squad Indonesia / IndoBrave monthly meetup. Headed to Meetup.com and join IndoBrave meetup group to receive information about the upcoming meetup.

Like music, movie and fall in love with BABYMETAL. Also your future friend.